So in the last few weeks I came across the flashcard program Memrise. I’d heard about it before but never really checked it out. It had been so long since I’d used AnkiDroid that I decided to try it out, and it is amazing! I entered in some vocabulary I was studying and managed to go over about 220 of them in a single weekend! When I hadn’t been doing much before hand this was a big confidence booster!

So why is Memrise so great? Well for one thing putting vocabulary into a flashcard deck and getting other people’s is SO much easier than AnkiDroid. You have to sign up to the website and download the app (available for both Android and Apple) separately which are both free and easy to use.

Then actually using it is pretty easy! The idea is that you “plant” words and then “grow” them by “watering them” regularly. They limit you to 5 words in “planting” stage and repeat them with enough randomness that you don’t associate one word with the word that came before it (which can happen when you write words over and over to memorise them). Then when you’re “watering” them it increases to 12 words a section. You get points for growing and watering words and can compare your score to other people using the same lesson (or not if you don’t want to). So it works more like a game that rewards you rather than a chore (which is what Anki felt like after a while). 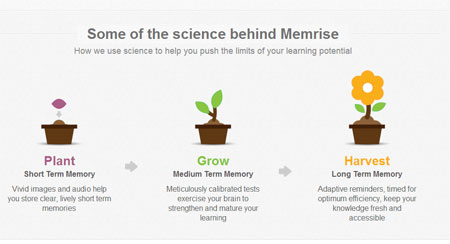 It does still need a fair amount of work, but the creators of it are doing a great job at constantly trying to improve it and get people’s feedback from the forums.

Tofugu have a great review of Memrise

So what I’ve been doing is putting together a number of courses based on previous topics in this blog, as well as ones that I’ve wanted to work on anyway (from the Grouping Topics for Easy Learning post), and some suggested by other people. So people can go away and study vocabulary, grammar and kanji and focus on what they want to learn. I’ve been keeping an eye out for courses on Memrise and will try not to overlap on other people’s (unless I feel like theirs is missing something).

So these are the topics I want work on, and have linked the ones that are complete for you guys to go and play around with 🙂

Beginners Courses:
I admit there is a lot of hiragana and katakana on this blog as I really don’t like using romaji, so with the help of some blog readers I’ve made a course for learning hiragana and katakana while also learning Japanese vocabulary. So the idea is that you don’t just cram the characters over and over (like most courses on Memrise), but actually use the characters and learn to recognise, read and type them out. It takes about 3 hours to do Hiragana and 2 hours for Katakana (although not all in one go because otherwise you’ll probably short circuit your brain). 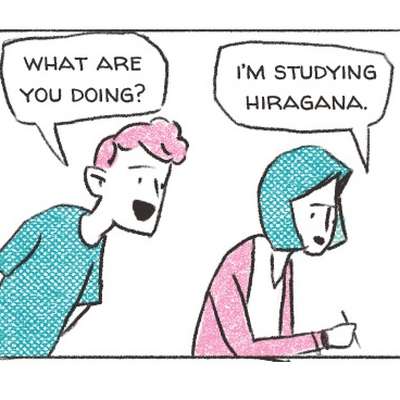 Particles (using All About Particles) [coming in 2016]

JLPT:
I want to do JLPT lists for people because I think it’s a good goal to aim for and I know a few people already who want to take them but still don’t know what’s best to do (especially for the early levels). Also because most lists online are in alphabetical order rather than grouping words together that make sense.


But I’m not the only person on Memrise who’s making a bunch of useful stuff for people learning Japanese! Below are some that I’ve come across that I think people here will find useful.

JLPT Bootcamp’s Memrise
(JLPT Bootcamp is basically what I’m doing with this blog but a bit differently. This guy has been doing it longer and he has some great material.)
MemoryFox

Other Great Courses on Memrise by Other People

There are a number of ways you can use Memrise, either with your computer or on a portable device using their app. If you use it on the computer you will need to make sure you can use a Japanese keyboard and type Japanese when directed to. The app just lets you select the characters you need. Both have great ways of getting you to learn so I recommend using a mix of both. If you’re new and finding it hard to type Japanese then I would suggest sticking with the portable app until you get used to words and practice with the keyboard. Don’t give up just because you might find it difficult!