The Basics of Grammar

“I just don’t get grammar”

This is something I say a lot. I admit grammar is a tricky subject for me, and I have personally struggled with it since I started learning Japanese. But it doesn’t mean you have to!

If you’ve just started studying Japanese you might notice that sentences are structured a bit differently compared to English. You might be learning vocabulary and the kanas and focusing on how to listen to Japanese, but not so much creating your own sentences which are based heavily in Japanese grammar.

Memorising vocabulary is fantastic but when it comes to speaking and writing it’s useless without grammar to string all the words together.

I find it hard to learn grammar when people use words like “volitional form” and “past progressive”. Which might seem easy to some people, but if you’re like me and you haven’t learnt the English terminology, then a lot of Japanese explanations will go over your head.

SO I will stick with basic explanations of grammar and how I think the best way of explaining it is. If you think otherwise, feel free to comment!

I will be going over the style of grammar that is taught to beginners in almost every text and school I know. This is because it’s more formal and easy to understand and change to things like negative and past tense. This is the style of Japanese students will use talking to teacher or adults, which is also why it’s taught straight away.

A basic sentence in Japanese WITHOUT a verb will always end in です (spelt “desu” BUT pronounced “dess”). Some people say this is like the verb “to be” but I don’t think that makes much sense for beginners, so I would suggest thinking of it more as a full stop.

This is a cake. – これはケーキです “kore wa keeki desu“

That is a monkey. – あれはさるです “are wa saru desu“

When you have a verb it is always at the end of the sentence, and replaces the です. Verbs are recognizable because they will end in ます (“masu” pronounced “mass”).

This ます at the end of the verb is used for present and future tense. The two blur together. So the following can mean “I will walk” or “I walk”, the only difference is that English has a clearer distinction in comparison to Japanese.

The ます at the end of the verb is important because this is the part that changes depending on if the verb is negative or in the past. Negatives turn ます into ません (“masen”) and past turns ます into ました (“mashita” pronounced “mashta”).

Past negative is interesting because it literally combines the negative with the past and ます becomes ませんでした (“masendeshita” pronounced “masendeshta”).

What’s interesting is the でした (“deshita”) in the past negative form of the verb is actually the past form for “desu”.

This was a cake – これはケーキでした “kore wa keeki deshita“

That was a monkey – あれはさるでした “are wa saru deshita“ 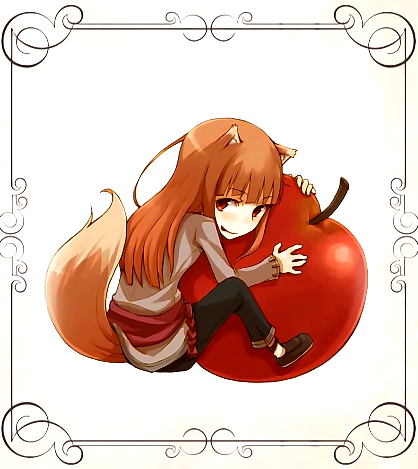 I have an apple – りんごがあります “ringo ga arimasu”

I have a house – いえがあります “ie ga arimasu”

So when です is in negative form it is actually ありません.

I am not Niffer – わたしはNifferではありません

This is not a cake – これはケーキではありません

That is not a monkey – あれはさるではありません

The past negative works the same as the other verbs with ありませんでした.

If you want to know the verb for living things it is います (“imasu” pronounced “imass”). The reason “I am not Niffer” uses ありません instead of いません is because it is a form of です. If I were to say “Niffer is here” (she ‘exists’) I would say Nifferがいます. The “here” is weird because of English language and it implies that a person is existing (which is a verb!), which is why Japanese uses the verb います in this way. You can also use it in the same way to say “I have something”, such as “I have a cat” – ねこがいます “neko ga imasu”.

And the same negative and past rules apply as always “Niffer is not here” – Nifferがいません and “I did have a cat” – ねこがいました.

Particles I went over in this last post but I didn’t explain what they were, just that they are necessary and a list of resources for learning them. So I will go over why they are important in grammar and for forming sentences.

Particles are interesting because there isn’t an equivalent to them in English. This also makes them really hard to learn but once you understand them they make Japanese so much easier!

Particles are like markers in the middle of the sentence. Where the verb comes at the end, particles come between words to help describe what is happening. Each particle means something different and is used in certain ways. It helps that some verbs will almost always have the same particle before them.

As you might have noticed in the previous examples the particle は (pronounced “wa” but written with the “ha” character) turned up a lot. It is used as a marker for the subject of the sentence such as “me!” in the sentence “I am Niffer” わたしはNifferです. This often gets confused with が (“ga”) which is used in a very similar way but where は talks about something,  が identifies it.

A great thing about が is that it is almost always used with the verbs います and あります.
Such as…
I have a house – いえがあります
I had an apple – りんごがありした
Niffer is here – Nifferがいます
I do not have a cat – ねこがいません

Another basic particle is の (“no”) and is used to say “something’s something” (it’s the “‘s”) as in, something that belongs to something. It is almost always used between two nouns.
Such as…
The dog’s ball – いぬのボールです
My dog – わたしのいぬです
The cat’s hat – ねこのぼうしです

These are just a few examples because I could go one forever with examples. But as I mentioned in my post on particles this cheat sheet from Tofugu is fantastic! Especially for beginners. It certainly explains the basics of particles in a way that’s easy to grasp.

That was a lot of info (sorry!) so it certainly helps to read it over a few times and certainly use other resources to help you learn them. Text books are the most useful for basic grammar practice and there just aren’t many online resources that can help you practice.

A good place to try and practice is Lang-8 where you can write entries in Japanese and native people will correct it for you. Don’t be afraid of making mistakes or writing very very basic Japanese, it’s how everyone starts and people are always happy to help anyone no matter what their level is.

I would suggest spending 30mins each day writing a short diary (3-9 sentences) of what you did, what you didn’t do and what you plan to do tomorrow. If you get stuck with vocabulary use an online dictionary like this one.

Tae Kim’s Guide to Grammar is another great resource is you want to learn more about Japanese grammar. He breaks it down into lessons which are methodically separated in a way that builds onto your existing knowledge as you move up through the lessons.

UPDATE:
To practice drilling basic grammar structures J-Talk now has 2 memrise courses covering beginners level grammar. With these courses you practice 1 item of grammar per section (the more complicated grammar items have descriptions before them) with about 5-15 practice exercises for that grammar point depending on the difficulty of the grammar. This is so you learn the grammar in context of a variety of sentences, so rather than just reading about what the grammar means you learn how to use the grammar.
Beginners Grammar 1 (JLPT N5)
Beginners Grammar 2 (JLPT N4)

If there are any particles or grammar pieces you’re particularity stuck on and can’t find a helpful explanation of please ask bellow and I will try as hard as I can to help you out!