Japanese Talk has actually been a thing for longer than 3 years, but it became Japanese Talk Online 3 years ago today. I never imagined I would keep it up. That I would have so much to write about studying Japanese. Or that I would have helped so many people learn and improve and have fun with Japanese! It’s just crazy!

I have written a lot of articles over the last 3 years, and had a number of guest posts too! So many of them are easily missed unless you’re bored enough to browse through the categories. Or unless you’re specifically searching for something.

So here is a list of some of my favorite articles from Japanese Talk Online that you might have missed!

10. The Importance of Using Japanese & A Simple Way to Start Speaking Japanese

Studying Japanese is important in order to learn it, but using it arguable even more important. You can drill kanji and vocabulary to pass a test, but unless you use it, you will lose it. Or at least not find it very useful. Which is why a simple way to start speaking Japanese is also here, because speaking Japanese, using it, makes you learn Japanese so much faster than just studying.

9. Learning Business Japanese as a Beginner

There is a Part I and Part II to this article which goes over what to study and focus on when you’re learning Japanese for work. I like these articles because so many resources online focus on just the work aspect. They make you memorize long complex sentences without context.

I believe in building a strong foundation and learning the basics, but adjusting what you learn based on your goal. Which is why in these articles I suggest you learn hiragana and katakana, then learning basic, useful vocabulary, such as restaurant Japanese. After all, business isn’t just about work vocabulary but about interacting with others.

This is a list with short review of some of the best resources for studying Japanese. Including books, android and ios apps, websites and youtube channels! 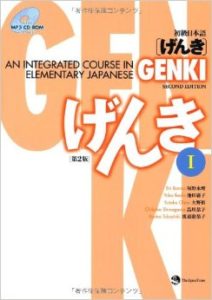 I’ve done a number of reviews for resources I absolutely love for studying Japanese! I reviewed them because I love them and because I wanted to share them, not because anyone asked me to. (Ironically the one thing someone asked me to write a review of I hated and wrote a very negative review.)

I really believe that the best way to learn Japanese is to study it in Japan. It means you have a great balance of studying and using Japanese. You get to meet some amazing people, and not just Japanese people, and have some amazing experiences.

This article doesn’t just spout how useful it is though, it goes through questions you should ask yourself to help you find the best school that suits your funds, time, and goals. It does have a list of schools from a search, but it really is best to do your own research to find the school that’s best for you.

There are also tips for finding the time and saving money to do this, so you have no reason to keep putting it off.

This was a 5 part series that honestly could have been longer. It only scratches the surface of things to consider when getting into manga translation. There really aren’t that man resources online for how to translate manga, which is why I made this series. It focuses on useful resources, translating SFX, good translations, translating accents, and formatting your translation in Word.

4. Getting Translating Experience (aka How to Become a Japanese Translator)

These articles I wrote a while ago and I want to write updated versions of them. But I feel like they are still incredibly useful articles for people planning to become Japanese translators.

Basically they go through things to consider, such as improving your Japanese; what you want to specialize in; advice for university; some options for job hunting.

These articles can also be used for the JLPT N2. I really like them because there really isn’t much online about the exams or how to study for them. There’s lots of reviews for 新完全マスター and other advanced level books. But those books often miss a lot and often aren’t enough for passing the exam. There also isn’t much in way of advice for building a study schedule, or tips when taking the exam.

2. JLPT Study Methods and Resources for N5 to N3

These three articles are all variants of the same article, but with the core information slightly changed. They go through what you need to know for each test, resources you can use, and study methods.

Most people I talk to love them because they’re so clearly laid out with all the information you need to begin preparing yourself for the lower levels of the JLPT.

This is one of my favorite articles on Japanese Talk Online simply because it’s useful to everyone. It’s simply a list of inspiring and useful videos about studying languages. But it is perfect, not only for people who haven’t even started learning Japanese, but people who have been learning it for 10+ years like myself.

You never stop learning and sometimes it helps to get a different perspective about studying languages to re-inspire you to learn even more.

There are so many articles on Japanese Talk Online, it really was hard to narrow them down to the best/most useful for people! Here are some honorable mentions for articles you may have missed: