Skip to content
“I’m going to Japan but I don’t know much Japanese”
This is great Japanese for if you’re studying in Japan and/or doing homestay.

Well first thing’s first, try and learn the hiragana and katakana. I try to have all my posts in hiragana and katakana (not kanji for beginners posts) so that you can practice reading it. There are so many sites that just use romaji (western characters) and it hurts my head. Learning the alphabets are useful if you’re going to visit anyway (for things like menus and to help with pronunciation of words so people can understand you).

This is some Japanese I wish I’d known before going to Japan. Some advanced stuff if you’ve just started learning, but I’ll try and break it down in sections and explain the complicated stuff after the translation. Believe me when I say it’s worth learning!

If you’re serious about learning then before you read ahead get out your apps/flashcard papers and prepare some of these as you go through. I suggest 5 a day, that way you’ll slowly build up your vocabulary/phrases necessary for basic survival without frying out your brain!

Greetings when you first meet someone

はじめまして = It’s nice to meet you

___ ともうします = My name is ___
Be careful! Do NOT say おもいます which means “I think”. The two can get easily confused and even I’ve accidentally let it slip every now and then. Very embarrassing.

よろしくおねがいします = It is a pleasure to meet you 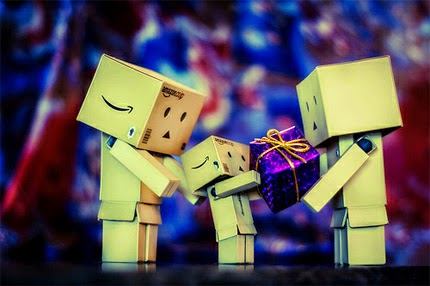 つまらないものですが。。。= It’s not much but…
In Japan this is what you say when you give someone, anyone, a gift. Even if you think it’s a great gift it’s very rude to say so and it’s always good to be humble. Also this phrase is considered quite advanced and will impress your Japanese friends/hosts
You can add プレゼントにと… onto the end to say you have a present, or おみやげ souvenir

**When you first arrive in Japan be warned about the Taxis. The doors open automatically for you, so try not to open them yourself! Also the driver will be very helpful and insist on putting your bags in the boot of the taxi. And as I’ll explain later, you DO NOT tip.** 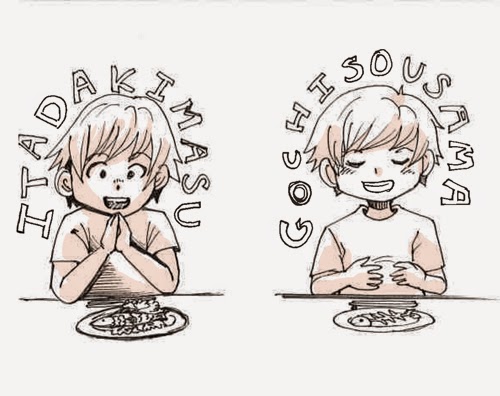 Said before every meal. You put your hands together as if you were praying and say it nice and loud. It’s every polite and will make a great impression.

ごちそうさまでした = Thank you for the meal
Said after every meal with the same hand gesture. Make sure your host or who ever fed you (sometimes even in restaurants) hears you.

えんりょしないで = Help yourself
Literally “don’t hold back”, it’s what a host mother will probably say, telling you to eat as much as you like.

If you don’t like something or have a food allergy (often easier to say than “I don’t eat meat”/”I’m a vegetarian” in Japan) don’t be afraid to say! As someone whose parents are host family for foreign kids coming to England I can understand that there’s nothing worse than a guest who’s trying to be polite by not saying anything when really they should be saying when they don’t like a certain food.

___ のアレルギーがあります = I have a ___ allergy
Be careful if you are alergic to wheat (小麦 – こむぎ) because there is a drink called むぎちゃ which is wheat tea and death for any celiacs that is given out for free in some fast food restaurants and by families.

そろそろ （いかなければなりません/しつれいします）= I’m sorry but I really have to go.
This is what you say when you want to get rid of someone or leave without being rude. I wish I’d known this before I went to Japan. そろそろ implies “well it’s time” and if you want to add emphasis you say いかなければなりません which means “I have to go”. Or しつれいします for “please excuse me” implying you’re entering/leaving a place and you’re apologising for interrupting someone. 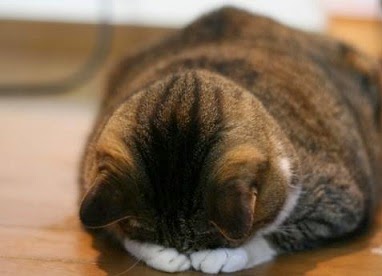 ごめんなさい = I’m sorry
This is straight up apologising.

ごめんください！= Excuse me!/I’m sorry please!
You probably won’t need this but it’s a good one to know. If you enter a shop, police station, resturant or anything and there’s no one at the counter or around just shout this out. It’s a very polite way of saying you want someone’s attention.

ちがう！(ちがいます) – No! (That’s not right!)
You may have heard the Japanese don’t have a word for “no”. There is a word for no but it comes across too strong so instead that say “that’s not right”. ちがう is the dictionary/informal way of saying ちがいます, but when speaking out loud it sounds more natural to use the informal form (although you can use the more formal one).

Vることがあります = I have done___ before
Vることがありません = I have not done ___ before
This is so useful! It allows you to say if you’ve tried things or not (like eaten food or gone to Mt Fuji). Vる means you need the dictionary/plain form of a verb (as seen in dictionaries) + こと が あります which mean “thing I have”. As a direct translation that’s confusing, so just remember it as “I have done___ before”.

**Some Americans might not realise this but in Japan (and the UK/Europe) they use 24 hour clocks a lot. So be prepared to work out times like 19:00**

か – Used at the end of a sentence to turn it into a question.
In The Basics of Grammar post I went over basic sentence structure including verbs at the end of sentences, は, が, and です. So I’ve only explained some grammar that I didn’t cover in that post bellow.

えいごができますか？- Can you speak English?
えいご means “English” with the ご part meaning language (England in Japanese is イギリス but long ago it used to be えいこく, which is why you say えいご for English and not イギリスご or アメリカご) .
Rather than saying you “can speak” (はなせます) a language in Japanese, you say “you can” (できます) a language, which implies that you can speak and read/write it.

ゆくっりはなしてくれませんか？- Can you please speak slower for me?
ゆくっり means slowly.
はなして is the “te” form of “to speak” which is used whenever you ask for someone to do something for you.
くれませんか is a very polite way of saying ください. They mean exactly the same thing and when used with a verb (in the “て” form) mean that you’re asking someone to do something for you. I prefer くれませんか because it sounds more like a request and even more polite.

てつだってくれませんか？- Can you help me please?
てつだって is the て form to help, and くれませんか is the same as above.

トイレはどこですか？- Where’s the toilet?
どこ = where
This is a great example of a basic sentence, just say “Placeはどこですか？” to ask where somewhere is. 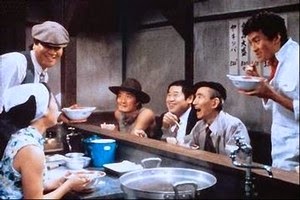 すみません！- Excuse me!
Exactly the same as previously mentioned but it’s also used to get the waiter/waitresses attention. In Japan they often won’t check on you every single 5 seconds and you have to call them when you’re ready to order.

___をください / ___をおねがいします – Please
I put these together to explain the differences between them. When at a restaurant you can use both when ordering ie. ピザをください or ピザをおねがいます but おねがいします is a lot more polite.
The difference is when requesting someone to do something. When used with a noun (ie えきまで to the station) you use おねがいます, but (as mentioned before) when used with a verb you use てください.

おすすめはなんですか？What’s your recommendation?
This is a great sentence to say if you’re stuck what to eat at a restaurant and leaves you with some really interesting experiences.
おすすめ = recommendation.
なん = what

**You may have heard this before but at Japanese restaurants you DO NOT tip. It may seem strange (especially to Americans who tip like crazy), but tipping implies that a Japanese person is not doing their job enough to get a proper wage and is considered an insult.**

いらっしゃいませ！= WELCOME!
You will hear this in every shop you go to.

レジぶくろはいりません = I don’t need a bag
ふくろ means bag in Japanese, but レジぶくろ means “register bag” or the plastic bag you get at shops. And いりません means “I don’t need”. Even though I’ve been studying for 7 years I only learnt this phrase this year and I wish I’d learnt it sooner! Up until now I’ve just been saying ふくろはいりません and getting really weird looks -_-

けっこうです = No thank you/I’m fine thanks
As a beginner when I was in shops and they’d ask if I wanted something I would say だいじょぶです which means “I’m fine” just like I would in English. THIS MAKES NO SENSE IN JAPANESE! It sounds weird! So try not to do it if you can! Use this phrase instead. Great for turning down things people offer you like leaflets in the street and food/drink, and plastic bags. It also helps to hold up your hand slightly telling the other person to stop. 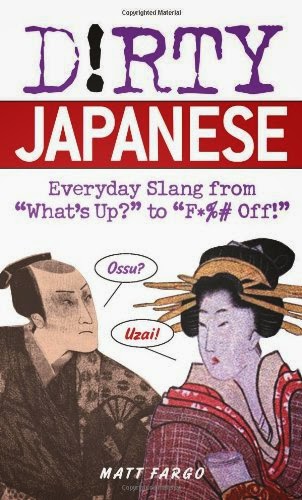 A fantastic book for this is actually Dirty Japanese. It’s mostly useful phrases for travelling but includes informal/spoken Japanese and interesting phrases when you go out to clubs/bars, meeting people and taking things further. Not that you have to do that, but it is a great phrase book if you’re visiting Japan for any period of time. It also has romaji as well as the kanas and is less than £7!

When learning new phrases and words like this try to practice saying them outloud to yourself rather than just recognising to read them. It’ll make it easier when you have to say things in Japan.