If you’d like to try something different but keep learning Japanese I strongly recommend shuwa (しゅわ・手話), Japanese sign language.

I’ve found learning Japanese sign language to be a really enjoyable experience, not only because it’s fun to learn something new but learning it from Japanese people who use Japanese Sign Language (JSL) is also a fantastic experience. I find them to be incredibly friendly and outgoing people and you will often find some people wanting to learn foreign languages or about foreign culture. So if you’re living in Japan and want to make some new friends I learn JSL.

It’s actually surprisingly easy to learn sign language, and there are LOTS of videos on youtube to help you. The following are videos are ones I’ve found which give you a good start on the basics of Japanese sign language.

Something good to know about Japanese sign language is it’s structured the same as a Japanese sentences but without the particles! So 「ベールをのみたいです」”I want to drink beer” in sign language would be 「ベール」「のむ」「ほしい」 (ほしい being “want”, the same as saying “のみたい”).

This first video is a great one from Deaf Japan TV and shows you basic greetings, numbers, time, dates, some adjectives and other useful words, and even some sentences at the end.

Deaf Japan TV also have a lot of 1min sign videos. These are great because they have the English as well as Japanese and are good for practising basic Japanese phrases. Not only that but they teach you sentences as well as words which builds up your vocabulary. Unfortunately though, they’re not well organised so here’s a list of all the ones they have on their youtube so far (in order they were uploaded so the first few look older): 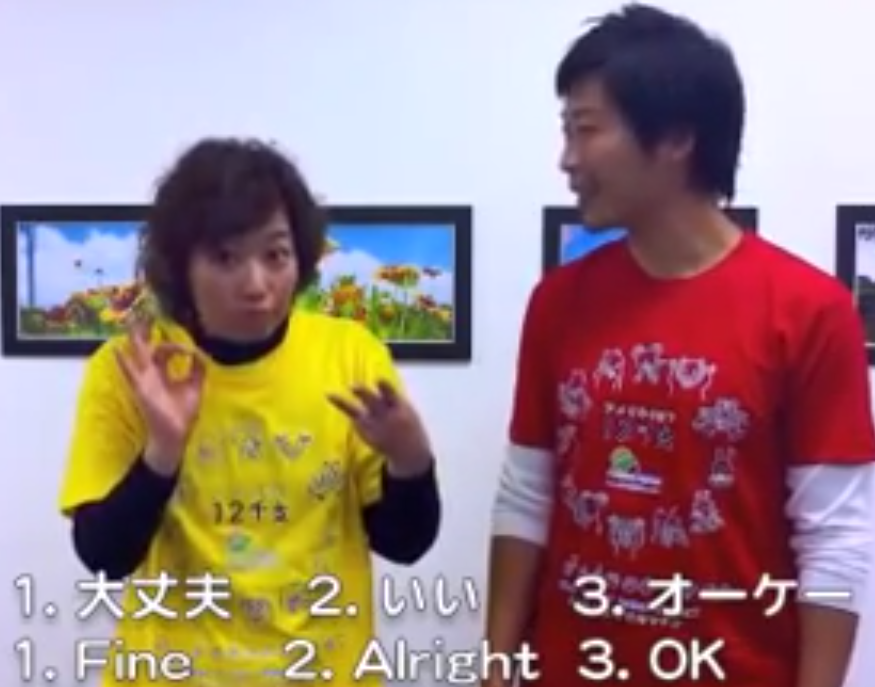 Summer Related 1min Signs:
(These videos don’t have the subtitles like the previous videos but does give clear direction for signs)
Autumn Related 1min Signs:
(These videos take out the subtitles so they only have the signs to indicate what they’re saying. But they have the script in the description which you can use to following the signs. This is good as it teaches you more vocabulary and sentences) 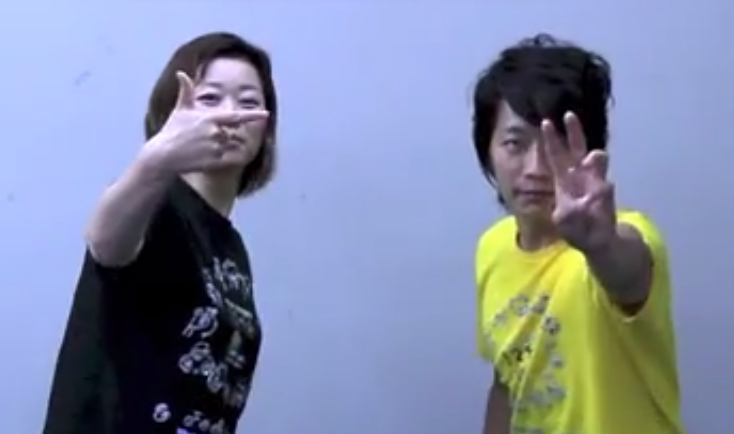 Deaf Japan TV also has a number of JSL and ASL (American Sign Language) videos if you want to learn some American as well.
JSL Video Dayo
This site is run by a single deaf women who does a number of lessons on beginners JSL. Unlike Deaf Japan TV she does more comprehensive stuff with sentences and had English subtitles under all of them. And she’s really, really good at explaining why a sign is the way it is, which helps you remember it. The following are some useful basic classes, although you should check out the rest of her videos for more.
Introducing Yourself:
Asking How People Are and Responding:
Asking and Saying What Your Hobby Is:
And finally, a useful one to know is the Japanese alphabet in sign language. This is particularly for spelling your own name as well as understanding other peoples. Although quite often people will come up with a nick-name for you rather than spelling out your name every time they want to talk to you.
Japanese Sign Language – 手話
Share
Tweet
Tagged on: Japanese sign language    Shuwa    手話

Getting Translating Experience I