“Why do I need to know English grammar to learn Japanese grammar?”

English grammar is a topic I could not get my head around easily when I was younger. I even tried doing an A level in English language so I could learn it! Still didn’t work. But we speak English as native, we don’t need to know grammar! Yuk! Weeeellll I would totally agree with you, but after learning Japanese grammar I’ve realised how wrong I was. I really dislike Japanese grammar for the same reason I dislike English grammar. I read things like “possessive noun” and “auxiliary verb” and “volitional form” and my brain wants to shut down.

My approach to Japanese has mostly been from a vocabulary/kanji side but this has really impacted my Japanese ability. Although I have a higher vocabulary than some of my friends they have a better understanding of Japanese because they can understand grammar and can guess the vocabulary based on the context. One friend of mine who’s N3 level Japanese is amazing at reading comprehension because of her grammar skills.

So this post is as much for my own benefit as yours. We’re going to look at English grammar terms and use Japanese examples to get a better understanding of Japanese grammar.

NOTE: Japanese and English grammar do not overlap 100% and the Japanese will have different ways of saying one thing compared to English (i.e Japanese use particles where we use determiners like “a” and “the”)

The Basics of English and Japanese Grammar

The following are pretty easy and are the building blocks for building a simple Japanese sentence. So we’ll just skim over them. 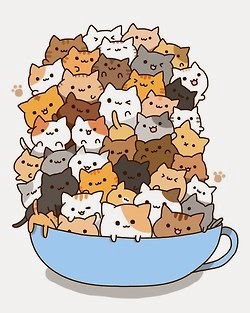 Determiners – In English these are words that determines the kind of reference for a noun i.e the, a, every.

Japanese language uses Particles which are the markers between words that determine the reference for the noun – は, に, を (but in Japanese まい (every) is not considered a particle like it is a determiner in English).

The Japanese particle の is just like possessive nouns in English, which are nouns that indicate an object belonging to someone/something, such a “my dog” which in Japanese is わたしのいぬ, or “Mary’s ball” マリーのボール. 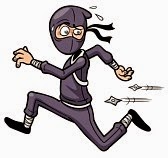 Verbs – a word that describes an action i.e いく (to go), あそぶ (to play), いる (to be/have a living thing). Just like in English these have past, present, continuous tense (see An Introduction to Japanese Verbs if you want to know more).

Progressive tense – What I’ve always called “continuous tense” this is the “-ing” tense indicating a verb is progressing or continuing, i.e はしっている (running), あそんでいる (playing). (In Japanese the ている acts similarly to “-ing” in English)

Past perfect tense – Just like the progressive tense this uses the “-ing” but the past perfect tense describes an action that started and ended in the past. “I was playing piano” ピアノをひいていた.

So as you can see you can learn a lot by understanding how grammar in English is used. This is especially the case when you go to websites to learn Japanese grammar and they describe them using English grammar terms.

How to Prepare for the JLPT