“I want to be able to read manga in Japanese”

Want to learn manga Japanese? Manga Japanese is great fun to read but can be pretty tricky for beginners who are studying Japanese.

This is because a lot of the Japanese people at the beginning is polite. But the Japanese used in manga is colloquial. Manga Japanese is also written with accents, making it hard to understand and hard to look up certain words.

Not only that but Japanese manga used a LOT of sound words which don’t always translate to English.

This post is a guide for beginners who want to read manga (and assumes you already know how to read the kanas).

In a previous post I talked about the advantages to learning Japanese using different forms of Popular Media. Manga is great for:

As a beginner you will most likely learn formal grammar first (which is used in manga, but not as often as informal).

The following 6 grammar are, I think, the most common informal grammar that appears in manga, that you need to be able to understand in order to understand what’s going on.

If you’d like to learn how to use these and write them yourself there is a new Memrise course for Anime Grammar for Beginners which covers the following informal grammar and more!

But if you’re just interested in reading manga, it’s important to recognize the following verb forms and their uses. But not necessarily know how to make them (which is why the following is not a detailed explanation).

‘Plain’ or ‘dictionary form’ is the informal Japanese spoken on a daily basis.

Verbs are split into 3 groups. This is important because depending on the group changes how the verb is turned into other forms like past, negative etc. (More on this in another post coming soon.)

Group I verbs are also called “U” verbs by some people because the end of the word finishes in an “U” sound. When these verbs are turned into “masu” or polite form, the “u” becomes and “i” sound. 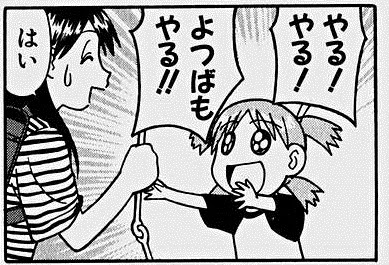 These verbs are called “Ru” verbs because they end in “ru”. Group II is easy because to change them you swap the “ru” for “masu” or “ta” (past) or “nai” (negative)

Group III only has the following 2 verbs and that’s simply because they are irregular.

*NOTE: in manga and colloquial Japanese する is often replaced by the infromal やる. (See the panel from Yotsuba-To! above)

Ta form is the past tense for dictionary form. It’s pretty self explanatory that when you come across a verb with a “ta” on the end it’s something that’s been done in the past. Each verb group changes to “ta” form in different ways.

When you see a verb with “te” depending on the context it could mean “please”, which comes from verbてください, but the ください has been dropped. Or it means something happened before something else, i.e I drank milk then went out = ぎゅうにゅうのんで、でかけた.

You can see this above in the Shirokuma Cafe panel where the Polar Bear says 「まえはいっぱいいれてた」which means “I put in a lot before” implying there is still a lot which is why he uses continuous form (note: in this example the てる is in past tense and became てた. If he was “putting lots in” it would be いれてる).

This form changes in the same way at “ta” form:

As you can guess changing the verbs and putting “nai” onto the end makes them negative. But although group II is fairly easy groups I and III are not. The “U” in Group I’s “u” verbs changes to an “a” sound before adding “nai”, and くる in group III is also different. 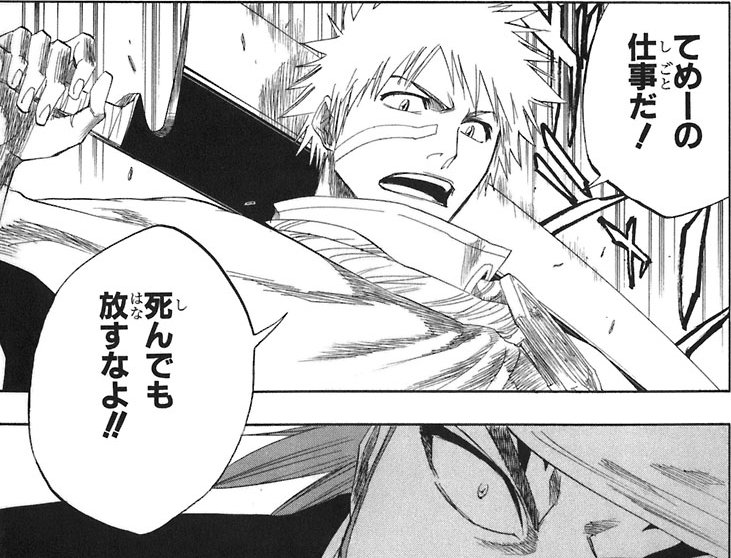 NOTE: In manga nai form is often changed to dictionary form + NA. See the manga panel above from Bleach where Ichigo says 「しんでも はなすなよ！」which means “Even if I die, I won’t let you go!!” instead of saying はなさない he uses はなすな which is an even more colloquial and masculine use.

If you watch a lot of anime this one turns up a lot with いこう which means “let’s go!” Volitional form implies a number of people doing something together and as mentioned is used to say “let’s___”. With group I the “u” is changed to an “o” sound followed by “u” and group II add “you” onto the end. Again, くる is different.

The Japanese word “meirei” means “ordering people about”, so meireikei is the form used to order people, and this is exactly what this form does and is used A LOT in anime and manga. (Note: Don’t use this in real life, it’s very very informal and rude!) This is a bit similar to volitional but uses an ろ sound instead of よう and group 1 use an え sound. You can make it sound even more informal and threatening by extending the ending sound i.e いけー！For “GO!”. See Yotsuba below for example telling Jumbo to stop by saying やめろー 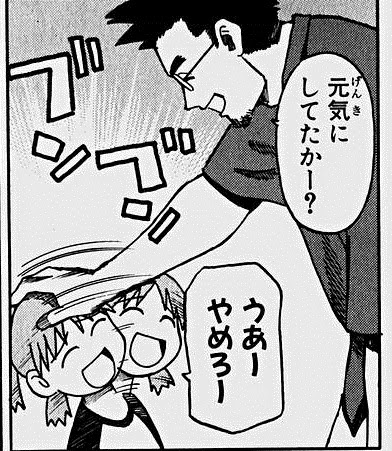 Remember, you can learn and practice these grammar (and more) with Anime Grammar for Beginners on Memrise!

Some other useful articles on basic Japanese grammar: How to Make Simple Japanese Sentences & The Basics of Grammar 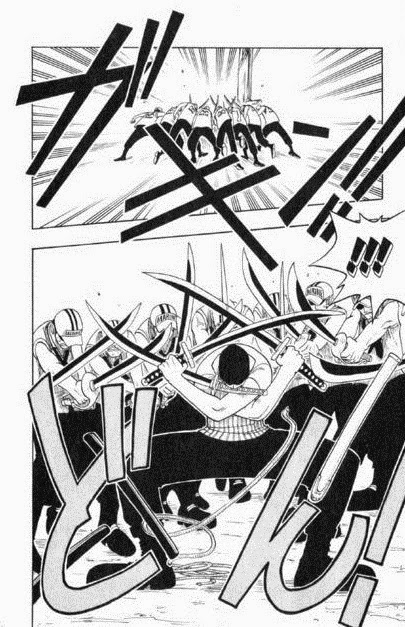 Sound words (or onomatopoeia is English) are really important in Japanese manga because they help create the atmosphere for the reader. Not only that but there are a lot more sound words in Japanese than English.

The Jaded Network has almost 2000 sound effect words which you can look up if you come across on in Japanese. But just as a taster, here are some of the most common ones:

How to learn to Read Manga

When it comes to reading manga you can’t just pick and read it without needing to practice. Practice might seem like hard work at first but as long as you study new words you come across you’ll find yourself learning quickly as you work through a book.

Pick a Good Manga for You and Your Level

First of all it’s important to pick a good first manga that you will enjoy and that will be easy. Many people suggest starting with a simple one for kids, and make sure it has furigana (the kana that shows the kanji reading. Adult manga will not have the furigana, making it a lot more difficult for beginners to read (unless they work really hard studying the readings for kanji).

It’s important to pick something that’s slice of life, romance, or school related. This is because this is the vocabulary you are most likely to come across in your studies and use on a regular basis. You could pick up an adventure one like Soul Eater or Blue Exorcist but I wouldn’t recommend it because they use more specialised and complicated vocabulary. 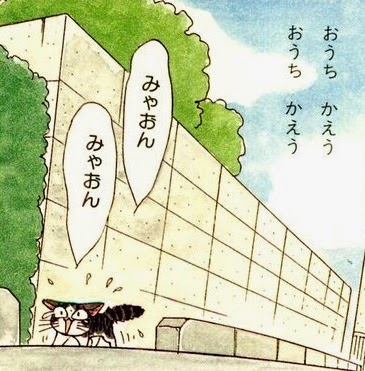 Ore Monogatari – Adorable romance with fun, entertaining story and furigana! Has daily conversation and situations that you will probably come across in daily life.

Chi’s Sweet Home – A simple one for children with very basic Japanese and not much kanji. Great for beginners but also difficult because Chi is given a “cat accent” which turns words like かえる (to return home) to かえう.

Yotsuba-to! – Great for beginners (and my first manga I read all the way through) but does have moments with heavy vocabulary when adults are talking to each other.

Shirokuma Cafe – Has a steady stream of kanji (with furigana) but concrete sentences, not much slang, short stories and concepts explained in Japanese. Does have a lot of Japanese puns and play on words that makes it slightly complicated.

As I said, it’s important to learn the new vocabulary you come across and to practice it regularly. The best way to do this is to read a chapter, or a few pages of manga, look up and write down any words you don’t know and put them into your own flashcard program on Memrise.com.

I’ve been using Memrise now for a few months and it’s the most useful flashcard program I’ve ever had. Before I would make vocabulary lists and then never study them, but Memrise is great at really motivating you and makes you want to improve.

If you don’t study the new vocabulary you find in manga you will find it very slow going and frustrating that you can’t understand what’s going on even if you’ve managed to read a few chapters or a whole book.

Once you’ve gone through the vocabulary for a chapter or few pages once re-read the manga. As you practice vocabulary you’ll find yourself learning more and more and your reading speed will increase. Once you’d read through the manga I suggest re-reading it AGAIN and see how fast you can get through. Make notes of words you have difficulty with even after studying them so you can work on those more.

Where to Get Japanese Manga

If you have the money it’s always good to get some hard copies of Japanese manga. You can do this pretty easy if you have a Japanese store near you that sells them. Otherwise you can find people selling it online on ebay.

If you visit Japan, or know someone who is, get them to buy you some manga. The BookOff is a great place to get incredibly cheap Japanese manga.

You can also order manga from Kinokuniya and Amazon.co.jp. 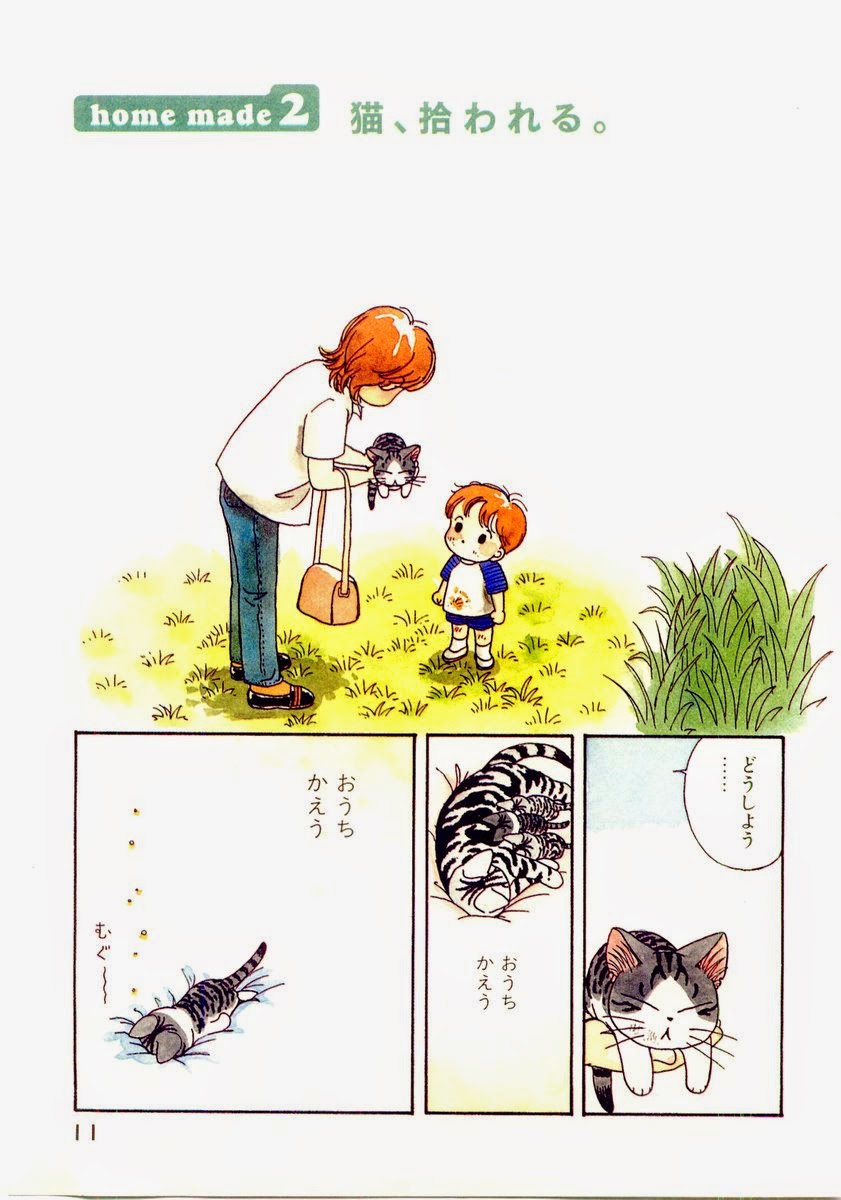 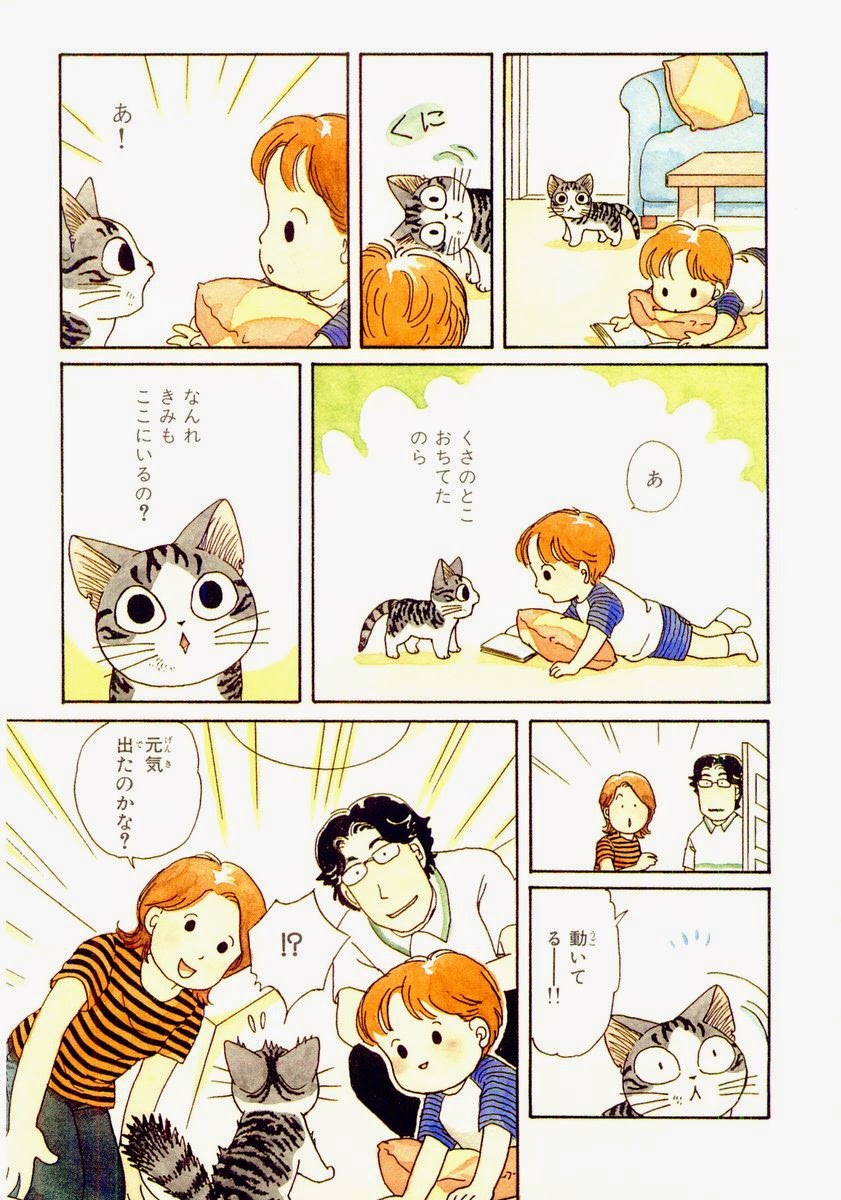 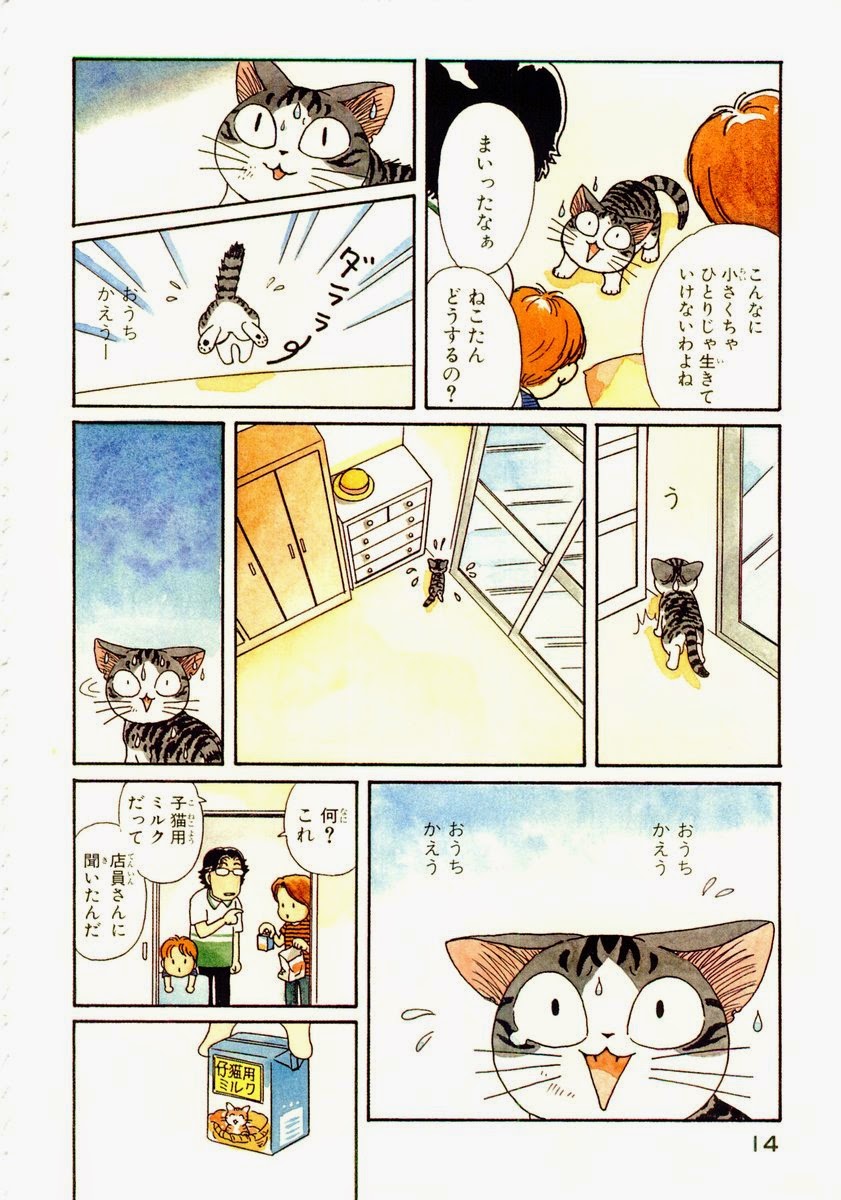 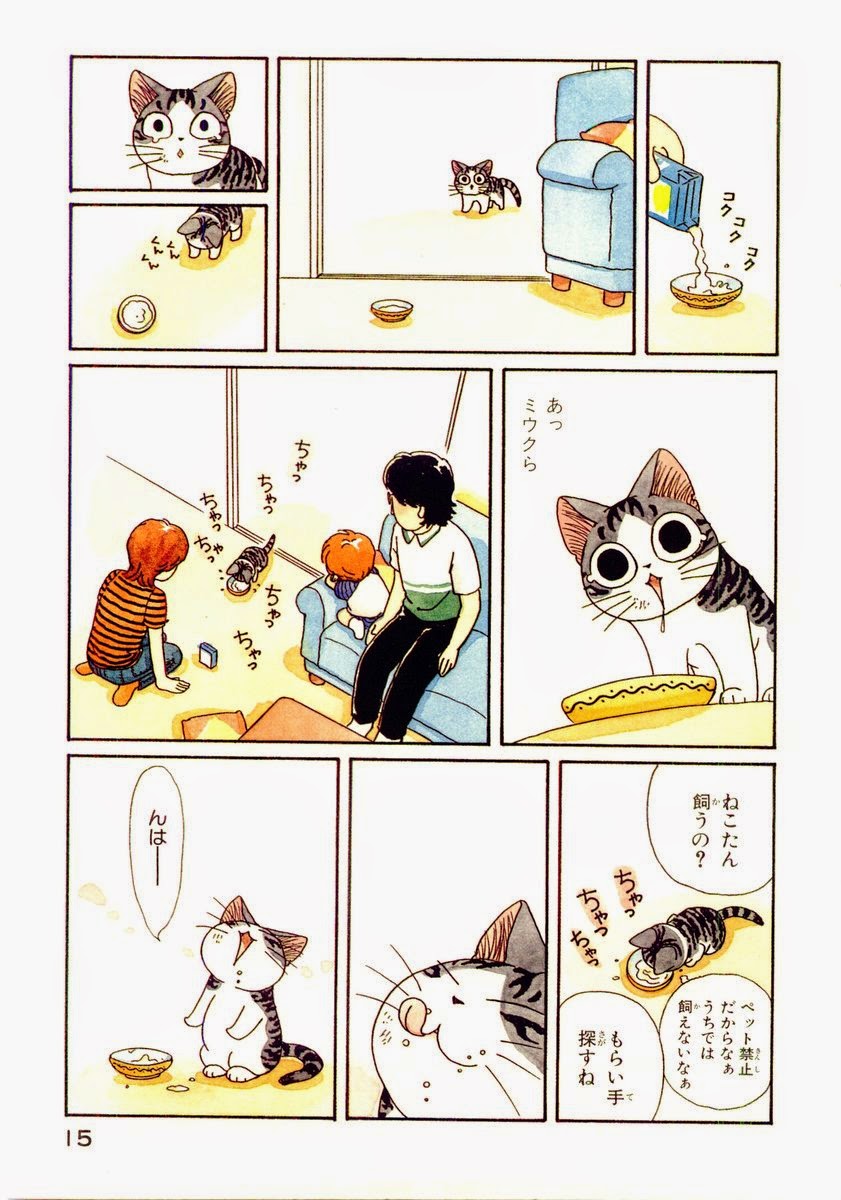 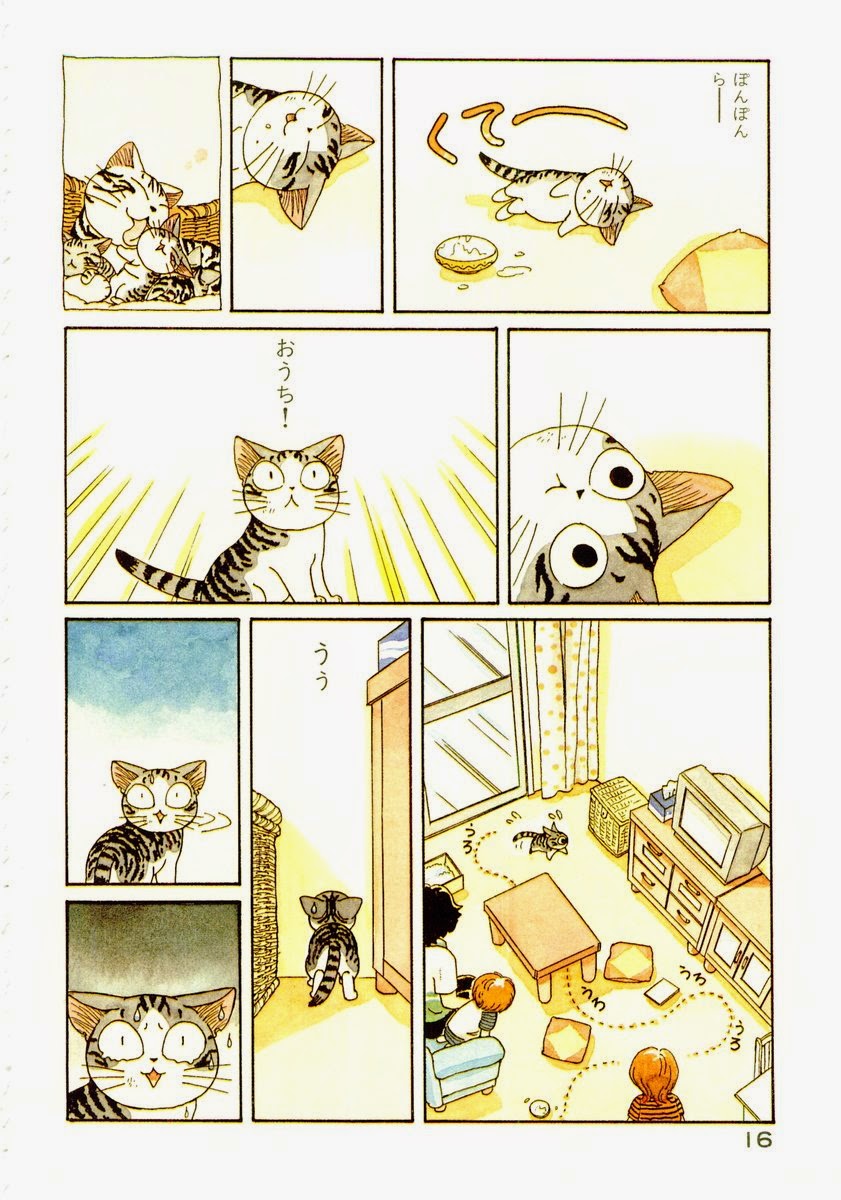 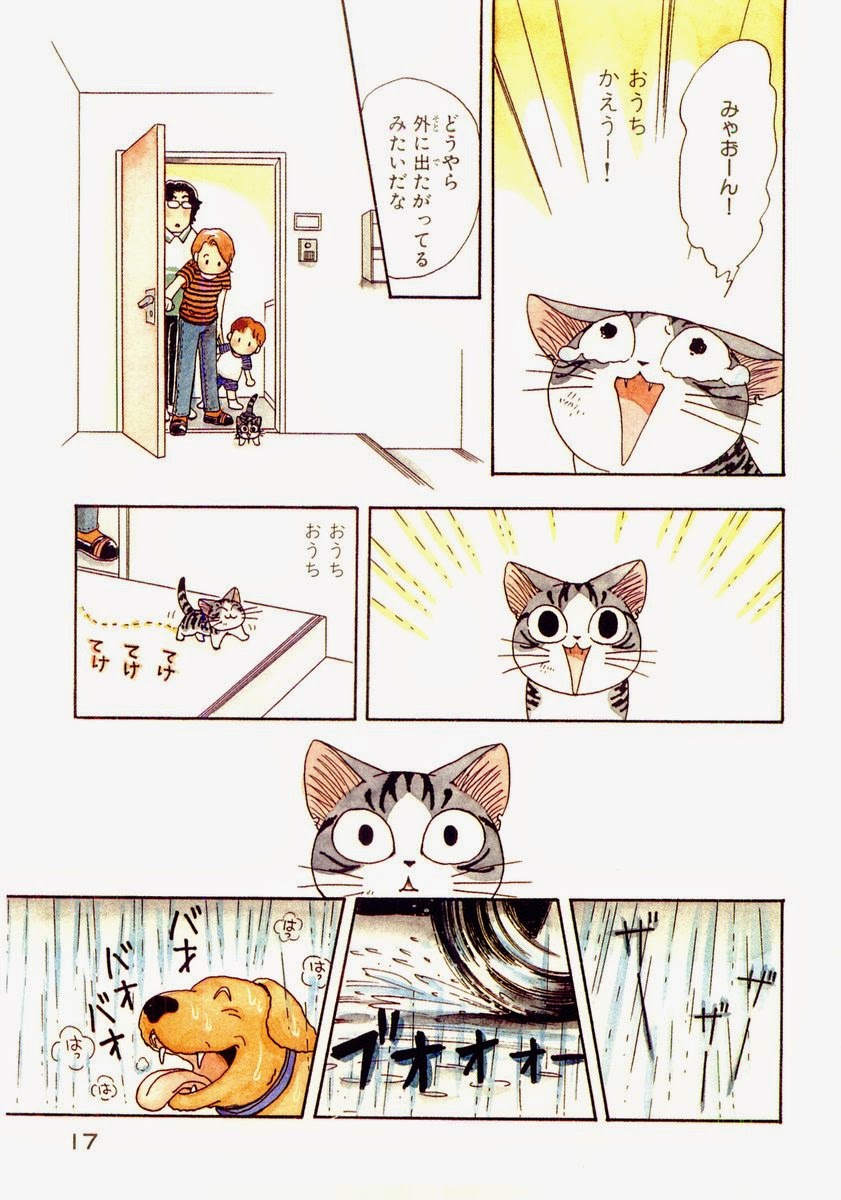 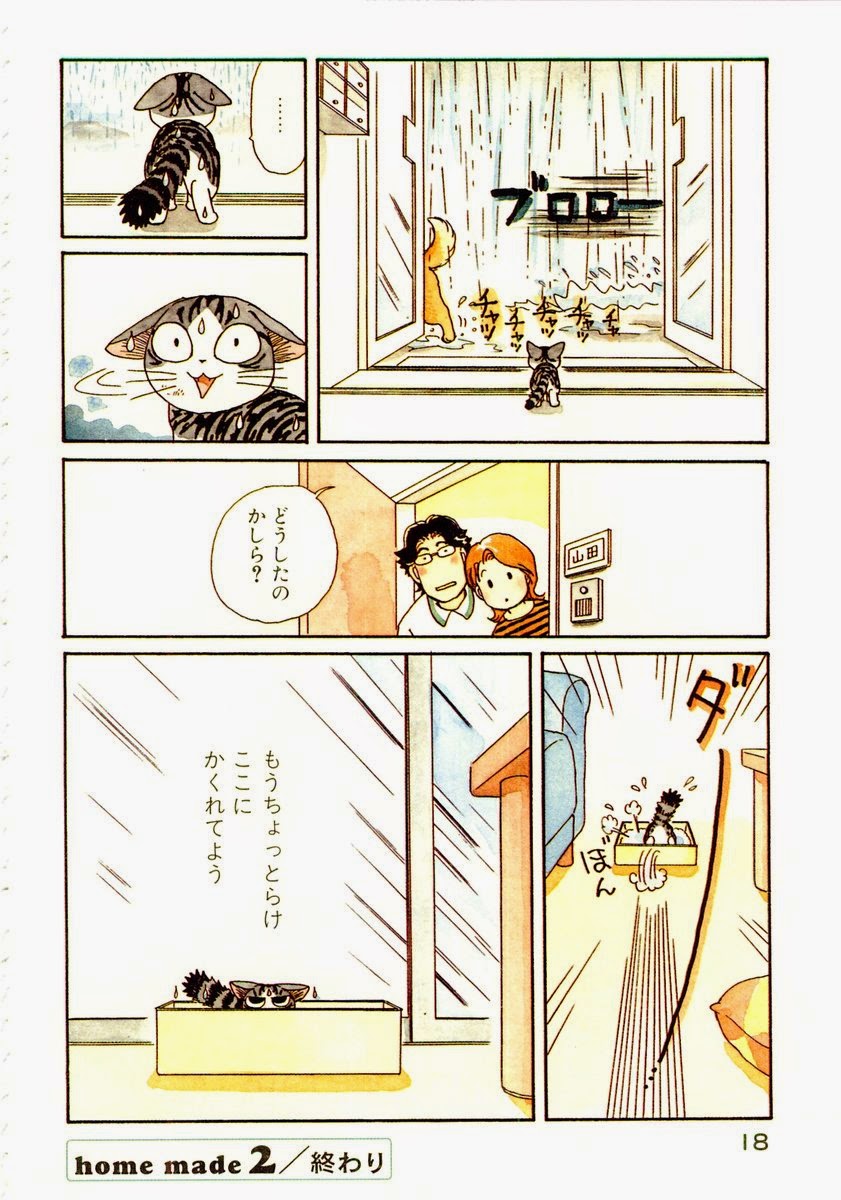 Speak Japanese as a Beginner

The Best Way to Study Grammar for the JLPT

2 thoughts on “Manga Japanese for Beginners”