In 2013 I spent 6 months in Fukuoka studying at a private school called NILS. They provide lessons from 1 month to 2 years for a variety of levels at reasonable prices (compared to many language schools).

I’ve had a few people ask me about them and they want me to write a recommendation for their site so I figured why not kill two birds with one stone?

Overview of the school

NILS is based in Fukuoka. It has 2 campuses, one outside of Fukuoka (but not far away) for long term students who are there on the 1-2 year courses.

Shorter term classes are based in a small office at Ohashi, about 20mins train ride from the centre of town. As well as a school that teaches Japanese to foreigners it also trains teachers to teach Japanese as a foreign language, so most of the teachers are trained by the school themselves.

Not everyone who trains with the school (called New York Academy for Japanese Teachers) stay with the school, once they get their teaching certificate they move onto other schools. 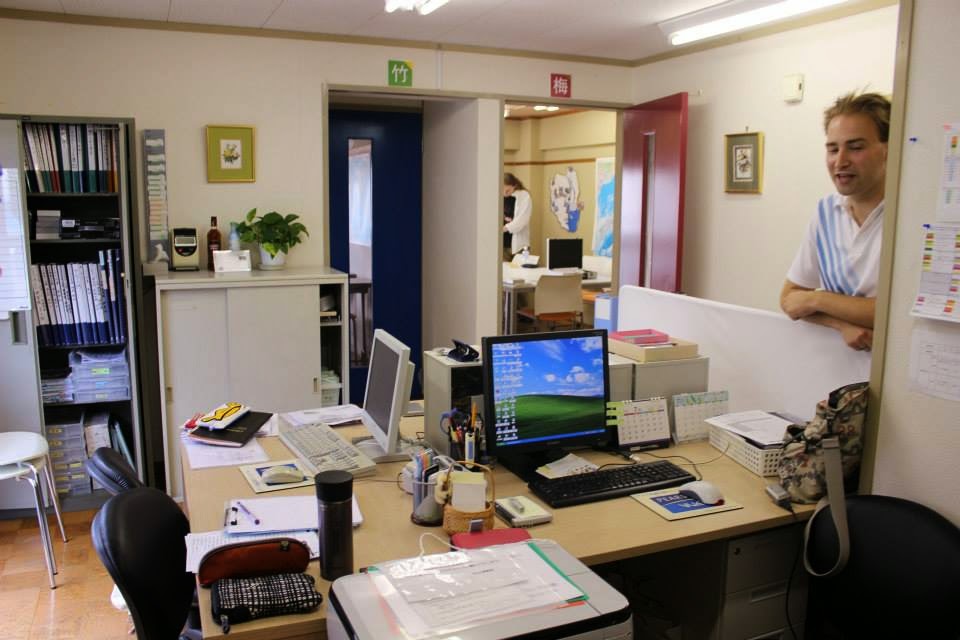 I mentioned the school trains some of their teachers, but this doesn’t mean the quality isn’t good! And not all the teachers are originally from the school, a few come from different schools.

They’re all different ages (all women) from different backgrounds and different teaching styles.

To be fair I had one teacher who I found her teaching style to be dull, but although she wasn’t as engaging as other teachers what she taught me was useful and she was incredibly nice and talkative when we went on excursions!

The teachers really were engaging and eager to help me learn as much as I could. When I didn’t do homework (which wasn’t compulsory) they gently prodded me in a way that made me work on it.

They were incredibly kind and smart and I really wish they had been allowed to go to karaoke with us students.

Classes are from 9am to 12:30pm with breaks (3 hours of class a day). Lessons were slow at first because I was put with someone who was a slightly lower level. But because it was winter there weren’t many students enrolled in short term (3 to be exact, including myself).

Other students also found that the first month was spent going over things they felt they’d already learnt. However, I thought that although tedious this was incredibly useful to re-affirm the what I’d already learnt so that I had a good foundation to move onto.

Because the short term students were few (I think the most we ever had was 12 and that was spread over 3 different classes based on difficulty), classes were more personally catered. The teachers really tried to work on our weaknesses so that we’d improve relatively equally in all areas. They have a huge collection of work and text books which they choose based on y

our level and skill. I did N2 so they used Kanzen Master and Minna no Nihongo intermediate level. Other students used Minna no Nihongo beginners and the very beginners used Japanese in 45 hours. They also gave copies of each of the books to us for free (well its included in the initial costs)

I learnt a LOT in the 6 months I was there. I did 3 months of normal Japanese followed by 3 months of JLPT study, but the two of them blended together as they tried to get us working on JLPT stuff as soon as possible. What I found most useful was probably the regular practice tests where you could get a feel for the exam and see yourself improving. I stress though I did a LOT of studying at home too.

I think you do improve studying at a language school in Japan but it does help to self study, and talk to natives. I think if you do want to study for a long period of time (more than 2 weeks) the best way is probably for around 3 months (that’s how long you can stay in Japan before you need a visa). 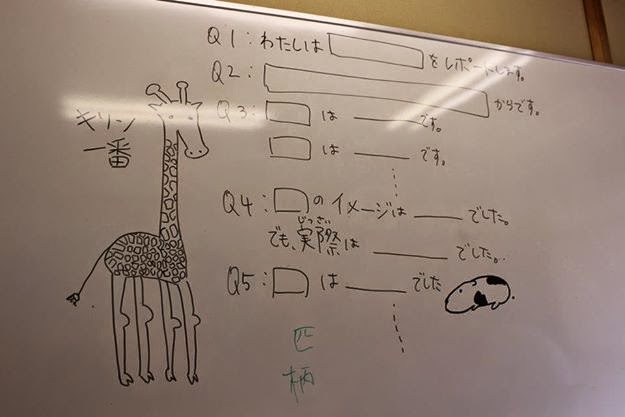 We would normally have at least one day a week in the morning (9am-1pm) where we would go out and do an activity.

You can look through the back-log of my blog (from when I studied in Japan) for the really knitty gritty details of each activity but to sum up we did things like, go to the post-office, parks, shrines and temples, zoo, sakura picnic, museums etc.

The school really tried to let us experience as much as possible and if there was something we wanted to do before we left Japan they would try and organise it! All excursions were paid for and we had the option of staying longer if we wanted to.

Also if you want to know something the teachers were incredibly helpful!

You could normally do extra self study at the school twice a week after classes finished, which I found useful at times when I needed to not be distracted (by things like internet). 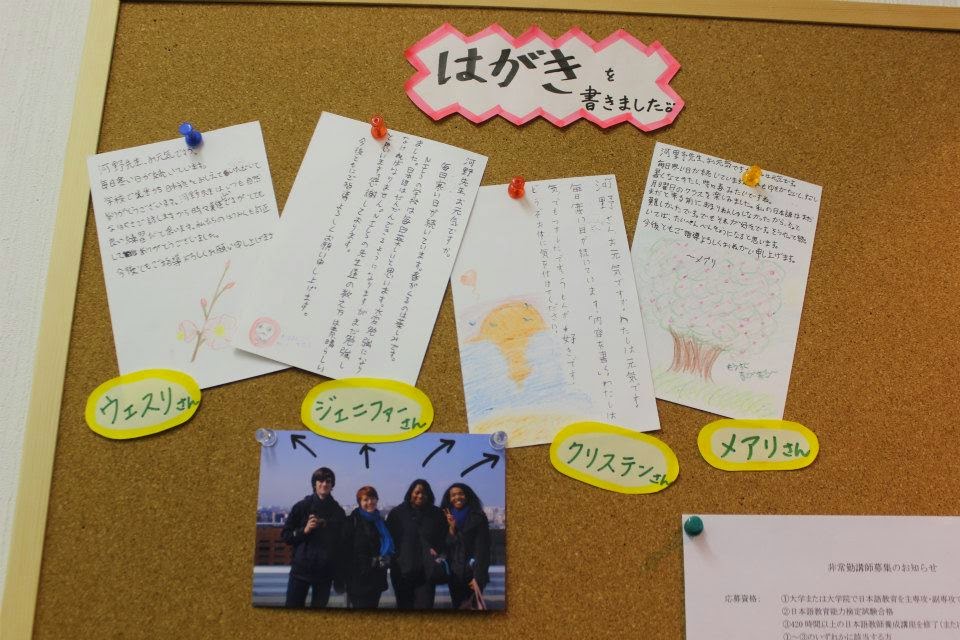 Overview of the City

Fukuoka is a really small but really green city.

I lived on the border of the city and it only took 40mins to cycle to the centre of town (Tenjin and Hakata) and 1 hour to get to the other side where the sea is (Yahoo dome).

It’s incredibly nice with a lot to do! You can find your Round Ones at regular intervals if you enjoy arcade games or bowling. There are so many shops in Tenjin you’ll find the time just running away from you!

A lot of stores for all avoid otaku, and clubs/restaurants/bars for people who enjoy venturing outside at night. And that’s all just in Tenjin! Hakata is the main station but venture outside of that and you enter the older part of the city with the main shrine, temple, architecture and traditions that you expect from visiting Japan.

If you’re worried about not making Japanese friends fear not for there are many, many free events run by local people for language exchanges to take place!

Such as the Speaking Salon, Meetup Fukuoka, and for more private meetings My Language Exchange where you can find speaking partners where ever you are!

Actually living in an apartment was great despite it’s size and the freedom to sort out my own food meant I got to experiment with a jot of cooking and learnt a lot of Japanese recipes (thank you google!).

It was also great just having my own space and freedom to do my own thing. Other students stayed in dorms which were often with Japanese university students rather than foreigners, which meant freedom and the chance to speak Japanese (if their neighbours were friendly enough).

And a few did homestay which meant a lot of speaking practice and a ‘native’ experience of Japan but restricted freedom. It really depends on how you personally prefer to live and what you want out of your experience. 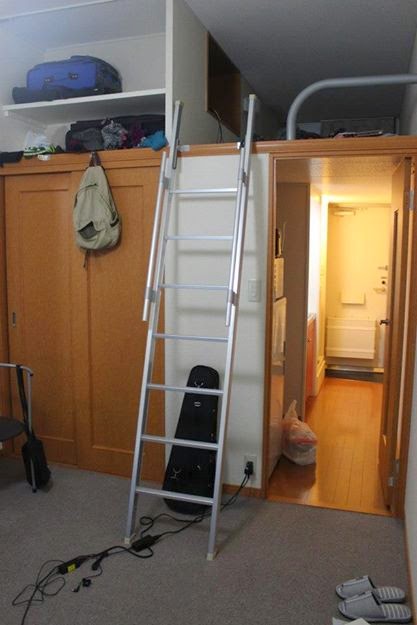 (It’s bigger than it looks)

For me 6 months living in an apartment (with 1 other person) and classes came to about $9,000/£6000 which is pretty reasonable for both school and living (and stuff, then sending said stuff home)!

Bills were included in the price which was also nice. I had another £6000 on top of that for living costs, stuff and travel (spent a bout £1000 of that on a holiday to Korea 3 months in). So that means that I could live comfortably including going out weekly on about £700/$1000 a month, with extra for a big holiday and for posting things home (by sea because that’s always cheaper).

It does mean that for a 6 month trip you need about £12,000 saved up because you CANT work in Japan without a student visa.

But compared to other language schools which cater for short term students of about 2 weeks it was INCREDIBLY cheap! I’ve actually studied at Genki Jacs which is also in Fukuoka but I found NILS had a better quality of language study and was cheaper.

I should probably write something that was wrong with the school but I really can’t think of much.

I was surprised at first how tiny the school at Ohashi was but I got used to it and it worked for the number of students. I did miss home a lot towards the end but that was more myself rather than the school…

If I wanted to study more of something I just had to ask and the teachers did their best to provide me with the knowledge I wanted (the teachers have weekly meetings to see how they can improve their lesson plans and teaching). To be honest NILS gave me everything I needed from a language school and more.

HOWEVER, if you’re after a school that has a set curriculum and class structure then the short program with NILS is not for you. I

f that is what you want you’ll be best going with the 1-2 year programs they offer. If you want structure and study for just a short period of time, you’re probably better off looking at other schools or their long-term courses as it’s difficult to have a structure for only a few weeks of class.

NILS is a fantastic school!

The teachers are really engaging and try their hardest to cater to your needs and to help you with your weaknesses in the language (even if it did mean starting slow).

Everyone at NILS was incredibly kind and it was great fun going out with the students and teachers every week to experience different parts of Fukuoka and Japanese culture. I made so many good friends at my time there that I know I will keep forever.

I didn’t think 3 hours of class a day would be enough but I was surprised how much I did and how much I learnt!

After taking the JLPT course for N2 I felt like my brain was going to explode but I was able to use the knowledge and skills I gained at NILS to pass the exam and get a job working in Tokyo!

Fukuoka is a fantastic city to live in and NILS is a great school for Japanese study, I would recommend it to anyone! 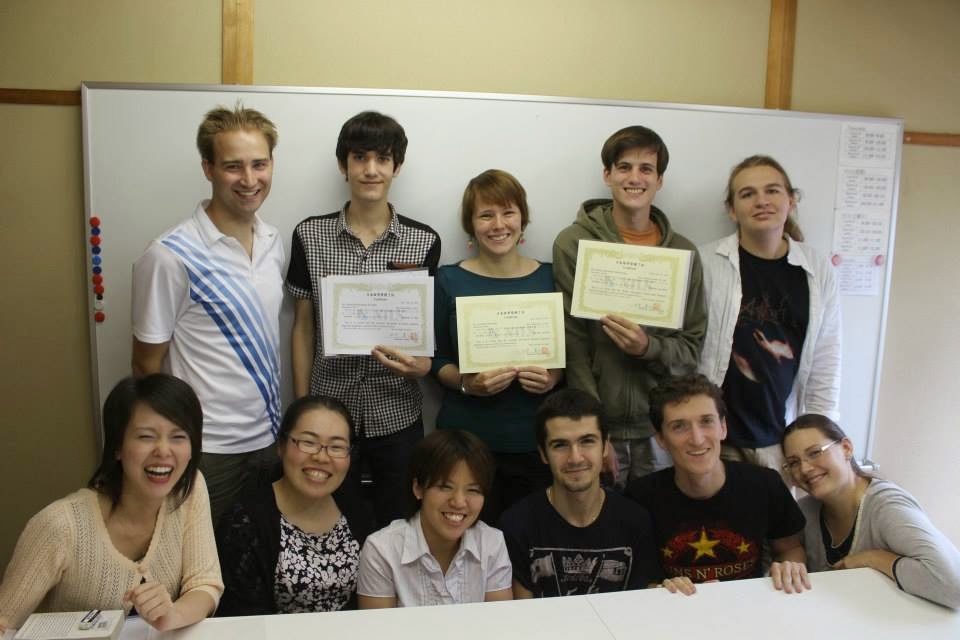 Going to Japan for the First Time Tips & Tricks