Often in the process of studying Japanese I’ll hit a point where I need inspiration and advice to get me motivated again. The best thing for that are videos about learning languages. This post looks at some of the best inspirational and useful videos for learning languages and a breakdown of their core lessons (an idea I got after Japan Therapy posted one on her facebook page).

These videos mostly talk about learning a language through speaking it to the point where you can have conversations in a foreign language. I’ve written down their core tips but do watch every video, they’re all fantastic and have some wonderful advice!

Learn a language because you enjoy it! Benny Lewis is great, he breaks down the myths and lies people tell themselves that stop them from studying, practising or learning.

How to learn any language in six months | Chris Lonsdale

The core of his argument is you can learn a language in six months if you put yourself in situations where you have to learn to survive. This is a little hard if you’re studying for fun because you’re not putting yourself in a situation where you need to use the language to survive. All of his stories are of him being in the country and putting himself in situations where he needed to use the language.

When I’ve gone to Japan my Japanese ability has shot through the roof and this wasn’t because I studied at schools there (although that helps), it was because I went out and found myself in situations where I had to talk to people. The first time I went I did WWOOF (see A Cheap Way to Visit Japan – WWOOF) which is working on organic farms, and my speaking ability was really bad, but the host families I was with couldn’t speak very good English so I was forced to communicate in Japanese, which boosted my Japanese ability exponentially.

Don’t speak any English – This is their main tip and I found this to be true. When I was studying in Japan I would speak Japanese even with my foreign friends and my Japanese improved a lot more compared to those that only spoke English with foreign friends.

They also suggest you visit the country and force yourself to speak with native people and put yourself in situations where you are forced to learn. But do not speak any English even if you think it’ll be faster or help you learn.

The first 20 hours — how to learn anything | Josh Kaufman

He suggests you can go from learning nothing to learning the basics of something from 20 hours of focused, deliberate practice. Or 45 minutes a day for 1 month. There are 4 steps to practice efficiently: 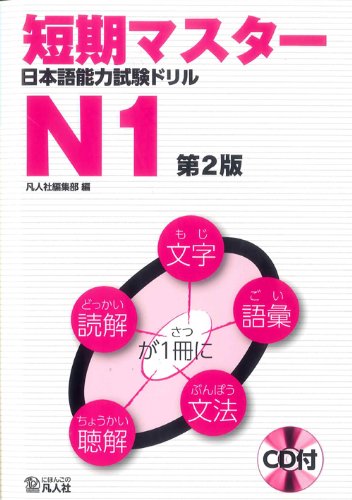 Tips for Studying for the JLPT N1