The first time I ever visited Japan was in 2008 when I was on my gap year. I had worked at a shop for several months beforehand to save up enough money for the flights and a few weeks in a school, but I wanted to spend longer in Japan and WWOOF was the perfect option.

WWOOF stands for “World Wide Opportunities on Organic Farms” and is basically what it says on the tin. It’s an organisation present in about 99 countries where organic farms can sign up to receive volunteers who work on their farms in exchange for living with the farm family, getting fed and accommodation. And of course Japan is one of the countries on this list.

To become a WWOOFer in Japan you have to sign up on their website (above), but it’s not too expensive for a year’s application, only 5500 JPY (which is about £32 or $53 on the current exchange rate).

My Advice for WWOOFing in Japan

When I went to Japan the first time I went with a friend who had found this course with Genki Jacs in Fukuoka where they taught you farming phrases and vocabulary and helped you get set-up with the WWOOF program (which they don’t do anymore). 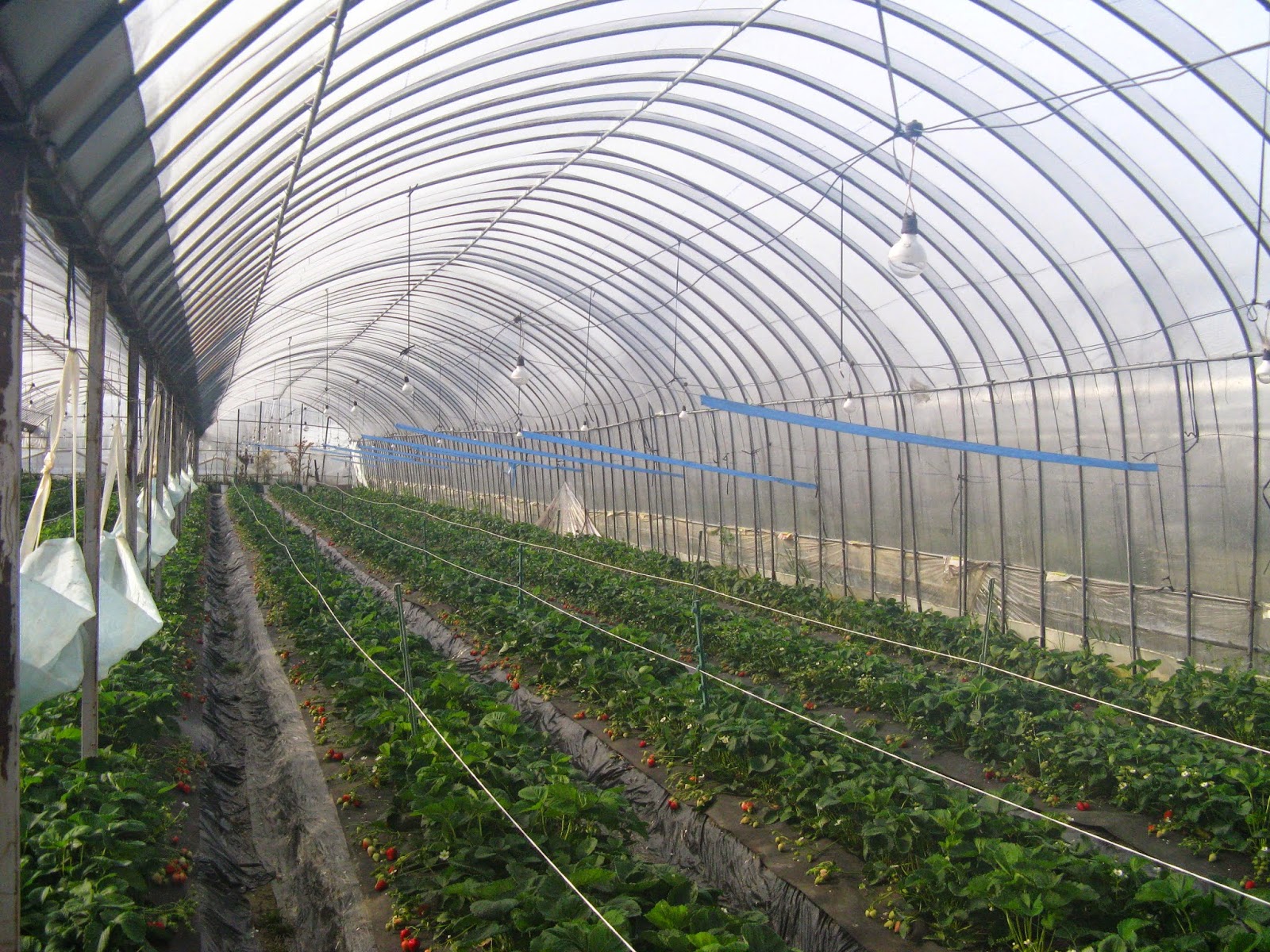 We were at Genki for 4 weeks before our first farm which was near a town called Kurume south of Fukuoka, this was also 4 weeks long. It was a pick-your-own-strawberry farm and farm shop called Kudamono Mura. We lived in a room above the barn which had 2 beds, a sofa and a washing machine. We worked on the farm weeding the strawberries; planting plumb trees; cutting grass; making furniture and helping out in the shop. Our Japanese was really bad back then but despite our broken Japanese and their broken English we managed to communicate enough to get by. Although we slept separate from the family we would eat and work with them. I actually visited them again last year (5 years after I’d last been) and they still do WWOOFing! Not only that but their son was married and had 2 kids! 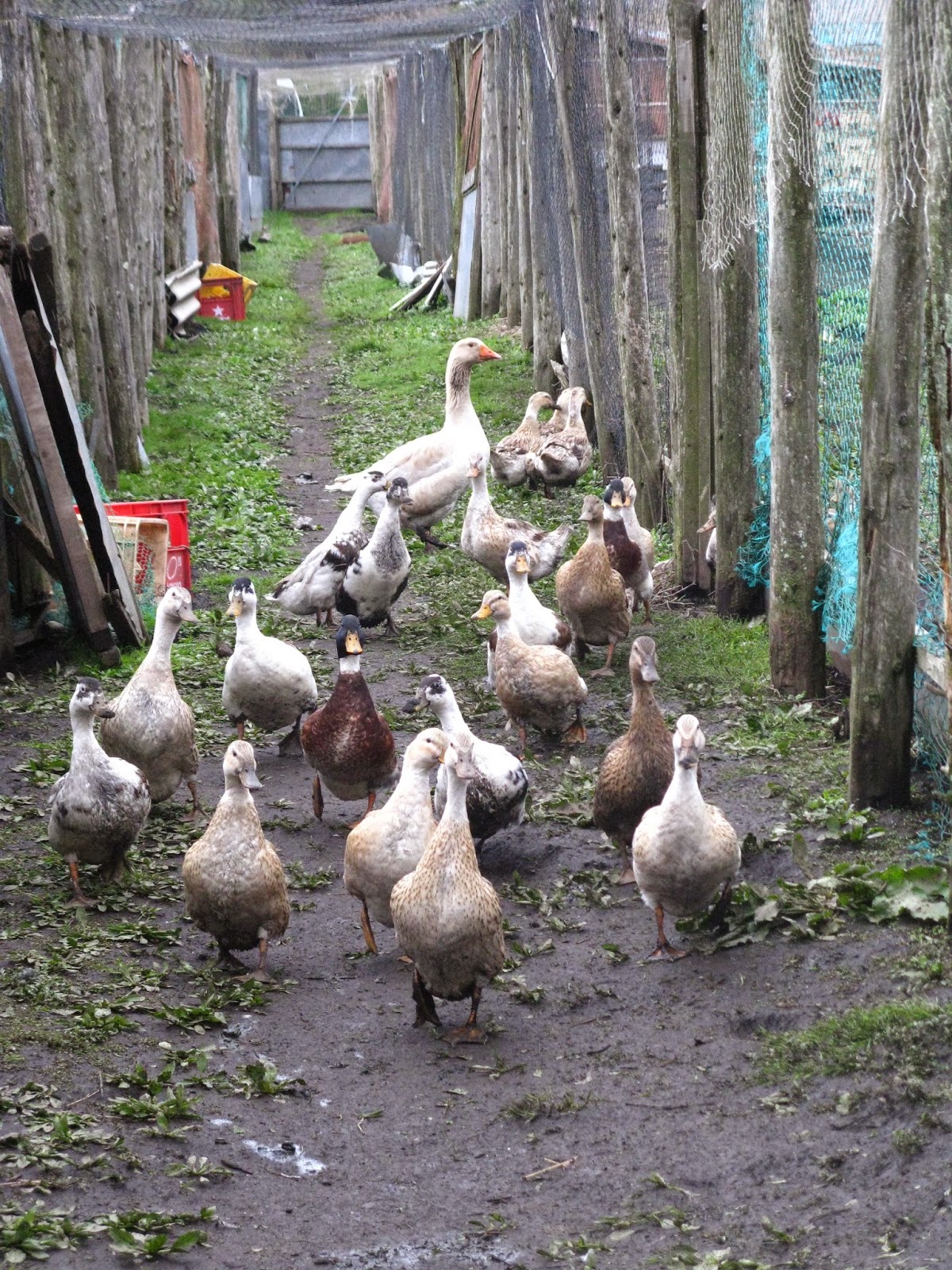 The second farm was further south in Oite-ken in the mountains of Aso National Park next to an active volcano (not Mt.Aso)! This one was called Owate and was a traditional Japanese rural restaurant which the guests could sleep in and experience rural food a foraging.

Not only that but they had a large duck farm which was about a 10min drive away. We lived in the house with the family, ate with them, helped them walk their dog, and went to onsen with them. The farm work was harder than the strawberry farm, we would collect duck eggs in the morning (fighting off an evil goose) and wash them; help to kill, gut and pluck ducks (yes helping to slaughter animals might be an option if you decide to work on a farm with animals); forage for food; prepare bamboo shoots to eat; milk goats; prepare the rice fields and plant rice.

Towards the end a group of about 20 Japanese school girls came to stay on the farm which was great fun. Although this farm had a lot of hard work they also played hard and it was great fun.

As I mentioned the farms began to become mentally tiring after the 3rd week, so if I were to do it again I’d stay on a far for 3 weeks and then move onto another. It’s a fantastic way to experience Japan in a way most people normally don’t. Yes the temples of Kyoto and city life of Tokyo is pretty cool, but that’s stuff anyone can do when they have lots of money but not much time. WWOOFing really is a unique experience, I just cannot explain how fantastic it was to do.

I hope I’ve convinced you! Feel free to ask any questions below if you have any and I will do my best to answer them.

*Also, If you’re worried about your Japanese level don’t be! Although I advice you know basic Japanese I can say that you can get by without it, as 2 of my friend’s have recently done as they WWOOFed up Fukuoka and the south of Japan recently without any knowledge of Japanese besides “please” and “thank you”

Here are some (out of the 4000+ I took) photos from my WWOOFing experience (many of these pics are of my friend as I took the pictures):