Despite being confined indoors for the majority of 2021 and reading every day (for at least 30 minutes), I didn’t read that many books in Japanese.

This was for a few reasons, I changed my commute to work from the bus to biking (which meant I changed from reading Japanese novels to listening to Japanese podcasts), I got incredibly busy at work in the second half of the year (which left me with less energy to read Japanese for fun), and I had bad luck with a few books I did not enjoy.

But still, I read 16 Japanese novels in 2021 (although I probably bought…a lot more.)

So here are my three favourite novels in Japanese from 2021, and for a change of pace, my three least favourite! (In no particular order.)

One of the longest and most challenging novels I’ve ever read (it make up 4 of my 16 Japanese novels), but I really, really enjoyed it.

The story was slow with very little action, but it was still engaging and I really wanted to find out what would happen to the characters. The plot followed two incredibly different characters, and I preferred Vaan over Hossaru, but I learned to love how their two threads interweaved.

I also had a great time reading Japanese high fantasy (that wasn’t a light novel).

This novel was a roller coaster of emotions for me. I’ve never felt so much rage or joy reading a Japanese novel before. I think this is partially because I work in Japan for Japanese companies and understand too well the frustrations the protagonist faced when it came to societal pressure and co-worker incompetence.

I’m really glad I read the novel, which discusses issues in a much more serious fashion compared to the drama. I’m tempted to pick up the sequel but am worried it won’t be as good considering this novel ended with a satisfying conclusion.

The mystery captivated me right from the start and I stormed through this novel.

It’s a possible murder possible suicide mystery that had a lot of twists and turns without spending too much time on pointless information, and also makes the protagonist feel like a real person.

I don’t want to say anything else because the less you know, the better it is, but I will say there was a section at the end when you think the story will end but it continues on for another chapter or two. Despite this bump in the narrative, it was still one of my favourite novels from 2021.

The premise of this novel boils down to a romance between asshole male protagonist and a terminally ill girl. Which is a whole genre in itself in Japan (see 君の膵臓を食べたい I Want to Eat Your Pancreas). But this book fails where other “death romance” succeed because the protagonist is super whiny, self-centered asshole, who’s perfect at everything. Every girl he meets is also instantly attracted to him.

He constantly complains about how everything is 面倒くさい (mendoukusai “annoying”) and looks down on every single character, apart from the main love interest because she’s super hot (and also dying). Her terminal illness? Glowing too much. I get not wanting to discuss really illnesses, but this was so ridiculous I actually laughed.

The final thing that ruined it for me was when the protagonist’s “friend” asks him to a family restaurant (and it’s so 面倒くさい) where he finds their teacher crying because the male friend dumped her (also 面倒くさい). Yep, the teacher and his classmate were in a relationship. Noooope. Nope. Nope. Nope. Dropped that harder than a ton of bricks.

The writing and story were so bad, I couldn’t finish it. 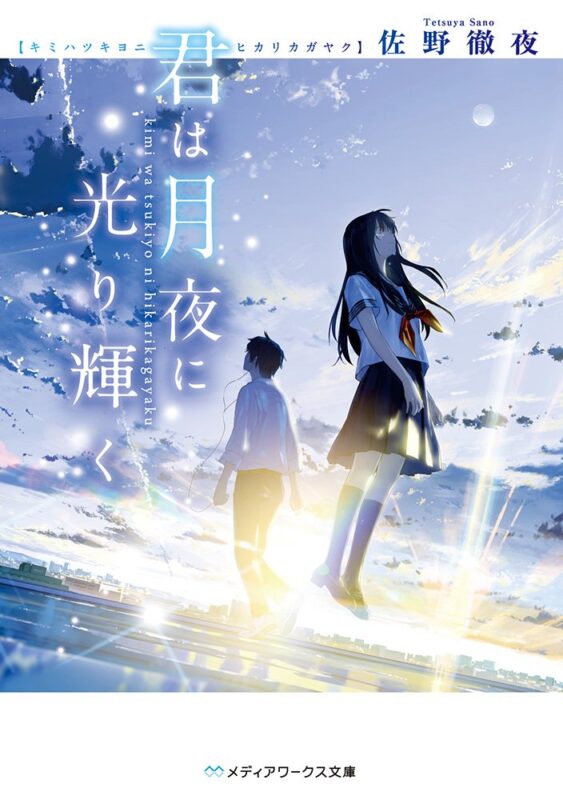 I really enjoyed これは学園ラブコメです。 by the same author, and figured I would get a similar whimsical adventure from this series of short stories. Instead, I got mile-a-minute narratives with events happening for no reason combined with long info dumps of complex 専門用語 (senmonyougo “technical vocabulary”) that gave me whip-lash.

The ridiculous (and really annoying thing) was that characters were doing things just because. They had no real reason to do what they did. The short-story formatting meant we also didn’t have time to get to know the characters or world. Which made each two-page plus info-dump that followed feel even more like a waste of time.

The characters were also super annoying with incredible 中二病 (chuunibyou) type dialogue. I thought that was a feature in これは学園ラブコメです。because the characters are characters in a cheesy romance novel, but here it just make the characters sound incredibly dumb. I now worry if this is how the author makes all his characters talk and dread picking up any other works by him.

I picked this novel up because of the buzz around it from Japanese readers, so was shocked to find I really didn’t like it. (I shouldn’t be that shocked, I’ve picked up other novels that Japanese people seem to love but I absolutely didn’t.)

My main issue was with the protagonist. Similar to my issues with 君は月夜に光輝く, the main character is a massive asshole who can seemingly do everything perfect.

In the first scene where we’re introduced to the protagonist who walks out on her boyfriend because he proposed with a ring that wasn’t ridiculously expensive. She tells the reader multiple times how she only cares about money and only cares about using people to get what she wants (which is more money).

She then decides to help an old friend scam a family out of billions because her ex-boyfriend said he’s give all his money to the person who murdered him. Everything comes easy to her because she’s so perfect. (Did I mention how much she loves money?)

There was no conflict in the story and the main character was a terrible person.